Can I resume my life?

Amel Alariqi shares her experience of being an unemployed refugee in the UK, and how the coLAB project has reignited her self-belief. Through the teaching initiative, she delivered sessions to undergraduate and postgraduate public relations students at London College of Communication, part of University of the Arts London.

Seeking asylum is not an easy thing, especially when knowing that being given refuge in another country means giving up hope that things would be better back home. It means you have no other choice but to leave your country, family, memories, career, and whole life behind.

It is the irony of gaining safety but in return losing so many other valuable things.

The moment I decided, or precisely, was forced to seek asylum in the UK, I realised that I had to accept the new reality; I would have to start from scratch.

I was an experienced journalist and editor with a strong interest in human rights and development issues. I have been a journalist since 2005. I worked as a reporter and editor at the first English newspaper in Yemen, the Yemen Times, where I became managing editor in 2007.

Later, during the humanitarian crisis in Yemen, I worked for about four years with Oxfam as a Communications and Information Officer; I produced blogs, photo stories, and a short video for fundraising and raising awareness.

However, in 2015, after building up solid experience in media and communications roles, motivated by changing people’s lives for the better, out of the blue, I became an unemployed refugee.  Such a change has a devastating effect on your self-confidence and consumes your mental and physical energies.

To overcome these feelings, I started applying for jobs in my new home country. Unfortunately, I did not get any role related to my previous career in communications and journalism. I felt that my experience and skills were not valued here; therefore, I started to apply for other roles in different sectors.

I worked as a Bilingual Advice and Project Officer to support the resettlement of Syrian families in their first year in the UK, to help their longer-term integration in their local community. At least this meant I could put my language skills to good use. A year and half later I started working as a researcher in the Human Resource sector, recruiting senior positions for international NGOs.

However, I had to leave these jobs, and pay more attention to my physical and mental wellbeing that were obviously deteriorating. Sadly, I had to undergo surgery with a three-month recovery period.

I then applied to join the CoLAB project.  I am not exaggerating when I say this role, even though temporary and part time, had the effect of waking the excitement, enthusiasm, passion and innovation that I thought I had lost for good.

It helped bring back my confidence as I felt my experiences and knowledge were appreciated.  However, the most valuable impact of this project on me was that it empowered me to share my experience with young media students – hopefully inspiring them and encouraging interest in global humanitarian issues.

I want this project to succeed and continue, not just for me, but for other exiled and experienced professionals, whose experiences can be integrated and add value to their new host communities.

Integration and empowerment were, still are, the main elements helping me to resume my life here, and I think many others will share the same view. 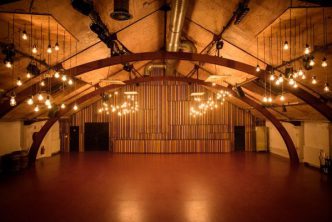 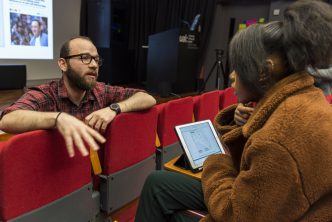 It’s giving us the confidence, the appreciation that we miss all the time 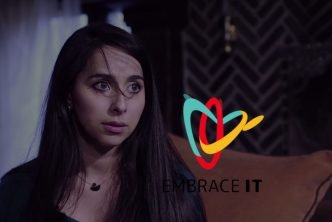 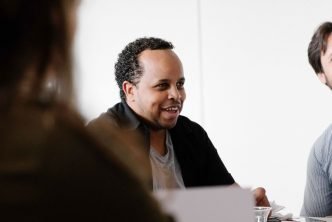 coLAB, a laboratory for new forms of collaboration

This site uses Akismet to reduce spam. Learn how your comment data is processed.

coLAB is a project funded by the European Union/Council of Europe Joint Programme Democratic and Inclusive School Culture in Operation (DISCO). Launched in May 2013, the programme provides financial support for projects within the field of education for democratic citizenship and human rights education.

European project to promote mutual understanding between local communities & refugees, inclusive practices in universities, and to integrate refugees as experts

"Projects like the ones developped under DISCO are not only interesting but necessary" introduction speech from Ivar Staffa, this morning #education @coe @coLAB_DISCO

Written by London
1 comment
It’s giving us the confidence, the appreciation that we miss all the time
FacebookTwitterRedditEmailLinkedInWhatsApp
Embrace it!